What is Basic Sanitation

Basic Sanitation is the lowest-cost technology ensuring hygienic excreta and sullage disposal and a clean and healthy living environment both at home and in the neighbourhood of us.
BaSIS - Basic Sanition Information System is a decentralised M & E sanitation system developed to aid in the implementation of the CLTS (Community-Led Total Sanitation) at both sub-national and national levels. The system is basically built to populate data collected from approved sources based on some sanitation index in the form of maps, charts and tables.
BaSIS on varying levels of usage would easily aid policy makers, governments, investors in decision-making. As the system presents to users a more-visualised appproach to viewing sanitation data, further analysis could as well be carried out properly.

Ghana has adopted the Community Led Total Sanitation (CLTS) as the rural basic sanitation promotion approach. This approach thus, replaces the subsidy approach which failed to bring an end to open defecation (OD). Since 2010, the country has made efforts to scale up CLTS to all districts.

The Government-led implementation has concentrated its efforts in five regions - Upper West, Eastern, Northern, Volta and Central Regions. While there are reports of success in some disitricts where the approach has been implemented, there remain some challenges that need to be addressed.

At the heart of CLTS lies the recognition that merely providing toilets does not guarantee their use, neither does it result to improved sanitation and hygiene. Earlier approaches to sanitation prescribed high initial standards and offered subsidies as an incentive. But this often led to uneven adoption, problems with long-term sustainability and only partial use. It also created a culture of dependence on subsidies. Open defecation and the cycle of fecal-oral contaimination continued to spread disease.

Distribution of smart phone to Districts

Environmental Health and Sanitation Directorate is an abled-arm of the Ministry of Local Government and Rural Development is tasked with the duty of providing policy and strategic directions for managing Ghana's environmental sanitation affairs.

UNICEF believes in a world which is fair to every child. UNICEF works closely with the Government of Ghana in building national capacity to promote proper policy making. It also works with communities especially the young to build mechanisms that empower them. 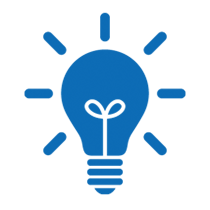